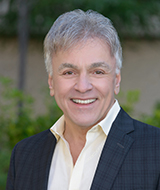 George J. Guarini's vision of opening a bank that focuses on "best in class" offerings to match today's dynamic business climate became a reality on July 20, 2004. United Business Bank's CEO and President brings more than 35 years of experience in the banking industry. Mr. Guarini has held key executive and senior level management positions with national and regional financial institutions, including the turnaround of two financial institutions. Since 2017, Mr. Guarini has served on the Board of Governors for the USS Potomac, the "Floating White House", which was originally commissioned the USCG Cutter Electra in 1934. Mr. Guarini earned his Bachelor of Arts degree in Economics from Rutgers University. 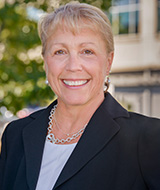 Keary L. Colwell has served as the Chief Financial Officer and Corporate Secretary of United Business Bank since inception in 2004. Ms. Colwell is a member of the executive management team and is responsible for all aspects of accounting and finance functions including financial reporting, asset liability management, and budget and financial planning. She also over sees the bank's risk management process. She has over 28 years in banking and finance. Prior to joining the bank, Ms. Colwell was employed by The San Francisco Company and Bank of San Francisco, where she served as the Executive Vice President and Chief Financial Officer from 1996 through the sale of the company in 2001. Ms. Colwell served as the Vice President/Senior Financial Management of First Nationwide Bank from 1988-1992. Prior to joining First Nationwide Bank, Ms. Colwell was the Vice President and Controller at Independence Savings and Loan Association. Ms. Colwell worked in public accounting after graduating from college. She obtained her Certified Public Accountants license in 1984. Ms. Colwell holds a B.S. degree from California State University, Chico.

Janet L. King has served as the Chief Operating Officer of the Bank since its inception in 2004. Ms. King is a member of the executive management team and has over 29 years of banking experience. Prior to joining the bank, Ms. King was employed by Circle Bank in Novato, California from 1999 - 2004 where she served as the Chief Branch Administrative Officer and was a member of the executive management team. She was responsible for all aspects of operations, including Branch Development, Human Resources, Information Technology and Compliance. Prior to this, Ms. King was the Vice President of Operations for Valencia Bank & Trust in Valencia, California from 1987 - 1998 where she was responsible for Branch Development, Centralized Operations, Information Technology and Deposit Compliance. Ms. King earned her B.S. degree in Business Administration from the University of Phoenix. 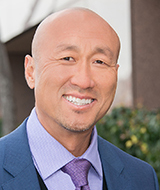 Rick Pak joined United Business Bank in September 2016 as Senior Vice President and SBA Manager and was promoted to Executive Vice President and Chief Lending Officer in January 2019. As a member of the executive management team, he is responsible for overall organic loan growth in Commercial Real Estate, Commercial and Industrial lending, and various government guaranteed programs including the SBA 7(a), SBA 504, USDA, Agricultural and Northern California FDC program. Mr. Pak has been in the banking industry for over 30 years with his first start at Wells Fargo as a teller. He has worked in many aspects of banking including retail management, consumer mortgage, commercial middle market, and government guaranteed programs. He has also worked at financial institutions of distinct sizes, including Wells Fargo, Bank of America, CitiBank, Bank of the West, Credit Unions, and Community Banks that served the SBA community such as Open Bank, Wilshire State and Nara Bank. Mr. Pak holds a B.A. Degree from Bethany University and attended the Pacific Coast Banking School's graduate level management program.

Izabella L. Zhu joined United Business Bank as Chief Risk Officer and a member of the executive management team in September 2013. Ms. Zhu is responsible for developing, coordinating, and maintaining forward looking enterprise risk management framework and programs as the bank pursues various growth strategies. Prior to joining the bank, Ms. Zhu was a Senior Financial Institutions Examiner and a founding and inaugural member of the Examiner Council at the California Department of Business Oversight. She has served as Examiner-in-Charge of various large banks, troubled financial institutions, and trust departments. Prior to that Ms. Zhu was a financial advisor at Morgan Stanley. Ms. Zhu earned a Master's degree in Public Administration in International Development from the Kennedy School at Harvard University and a Bachelor's degree in International Economics from Peking University. Ms. Zhu is also a Certified Fiduciary Investment Risk Specialist. 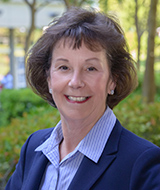